The Synagogue in Budapest, which was visited by Oprah Winfrey 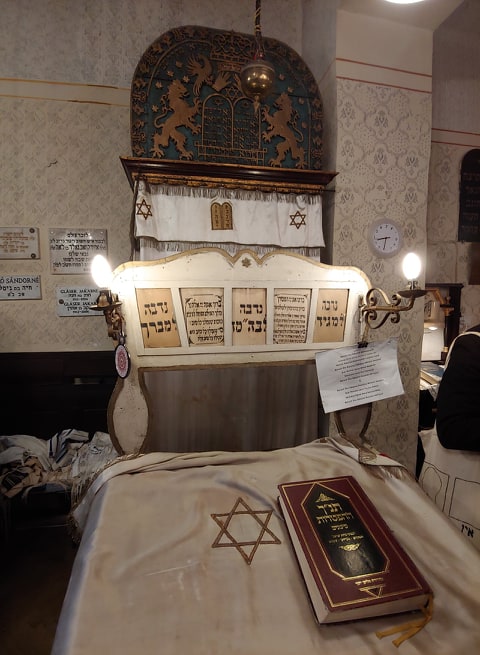 The so called “Teleki téri zsinagóga” (Teleki square Synagogue) is located in the VIIIth District of Budapest and it is a unique place in Budapest.

Even though Jewish communities and worship places are divided into two distinct categories (Ashkenazim and Sephardim) this Synagogue borrows from both tradition’s important elements.

The Jewish prayer house (or meeting house) was opened in the early 1920’s on the ground floor of a multistory dwelling house, by the merge of two (initially) separate flats.

The Teleki Synagogue is the only Synagogue in Budapest following the Mediterranean Sephardim rite, with important Hasidic elements specific to the Eastern-European Jews.

Originally its congregation was formed by refugees from a the former city of Galicia Chortkiv which currently belongs to Ukraine. Worth mentioning that from Chortkiv emerged the famous Rothschild family as well.

Even though the Synagogue carries several Sephardim elements, these elements are rather thanked for the fact that the Hasidic rite borrowed several traits from Sephardim in Turkey. Nevertheless, the congregation follows the Ashkenazim liturgy, wording and customs.

The special aura of the place was recognized by Oprah Winfrey, since she filmed the first episode of her series “Belief” in Teleki square Synagogue in 2013, aired in October 2015 on OWN channel.