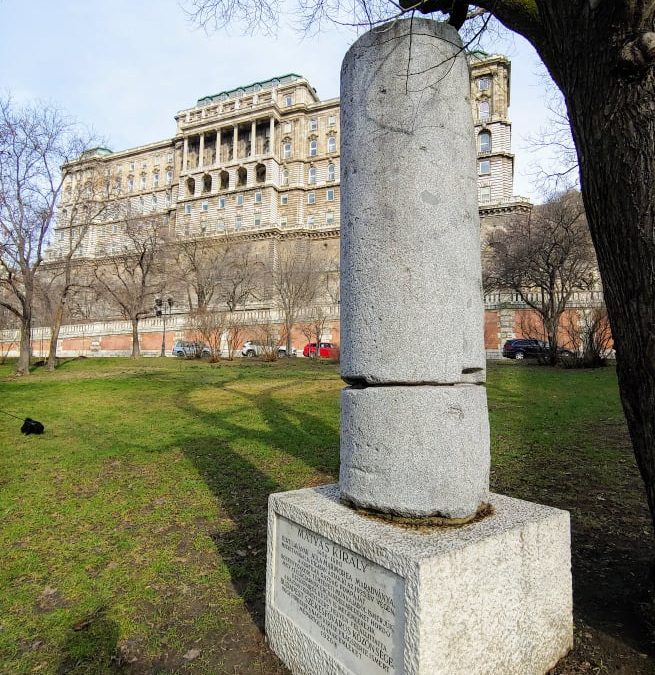 Behind the Buda castle, there is a strange, old, incomplete column that is labeled only in Hungarian. It is a remain from the time of King Matthias.

I assume that the one-language inscription, is because the inscription is from 1926. In the decade following WWI, Hungary was an isolated country, therefore probably did not make any sense to put it in English, German, French etc.

My translation of the inscription reads that the column originally was part of “Aula Marmorea” which was the Renaissance garden residence of the king. To be more precise, it was part of the holder system of the Garden Foyer. The column was found during an excavation in Váralja street at the end of 1925.

We know a lot about the Renaissance palace which stood on the top of the Castle Hill from the work of Antonio Bonfini (Italian historiographer), who documented all aspects of the royal court of the legendary King Matthias.