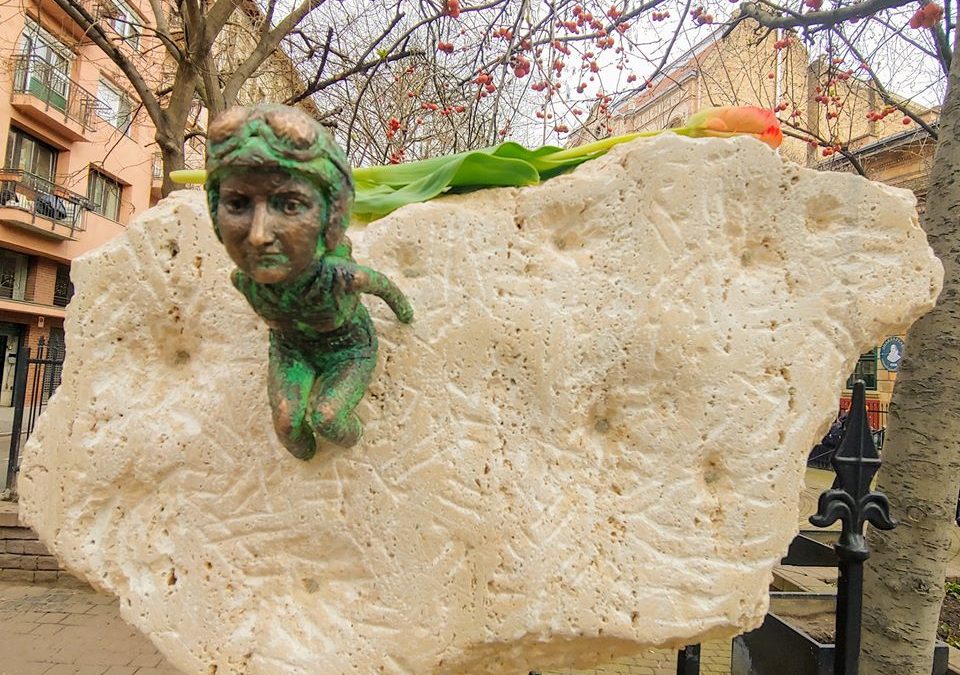 World famous heroine, Hanna Szenes’ mini statue was unveiled in Budapest, with the occasion of the International Women’s Day 2020.

Hanna Szenes was a poet and a Special Operations Executive (SOE) member. She was one of 37 Jewish SOE recruits from Mandate Palestine parachuted by the British into Yugoslavia during the Second World War to assist anti-Nazi forces and ultimately in the rescue of Hungarian Jews about to be deported to the German death camp at Auschwitz.

Szenes was arrested at the Hungarian border, then imprisoned and tortured, but refused to reveal details of her mission. She was eventually tried and executed by firing squad. She is regarded as a national heroine in Israel, where her poetry is widely known and the headquarters of the Zionist youth movement Israel Hatzeira, a kibbutz and several streets are named after her.

The mini-statue is a work of Mihaly Kodolko, whose mini-statues scattered in Budapest, started to become tourist attractions on their own.

The statue is in my district, therefore don’t hesitate to book a private tour with me, and I’ll show it to you along with other hidden gems of my neighborhood.