Ferenc Kazinczy was born 260 years ago! 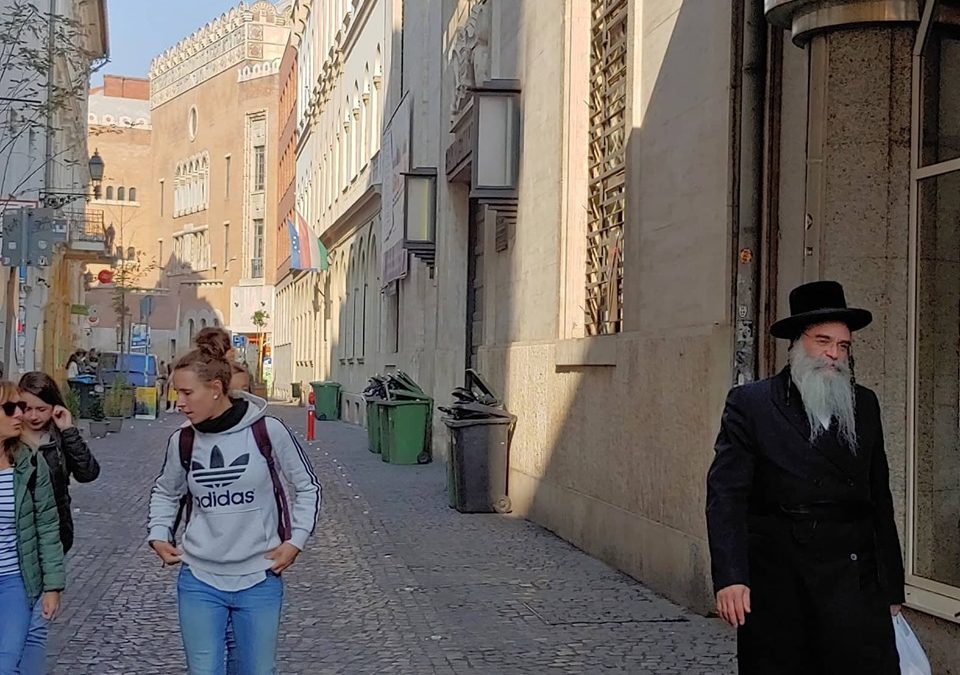 The most exciting street was named after Ferenc Kazinczy in 1897. Kazinczy was the central figure of the Hungarian language modernization initatives from the 18th and 19th century.

The area where Kazinczy street is located, once was outside of the city walls of Pest. In fact, this area looked like a remote village with fields destined for agriculture.

The change came with the 1740s, when the ever growing Pest needed more territory for its growing population. As all streets were pointing outwards from the old Pest, this street was the first that connected them. In other words, this was the first cross-street, hence it was named “Kereszt utca” (Cross Street). and later it was given the name of “Kazinczy”.

Facts and impressions about Kazincy street

The street is extremely rich in cultural, historical and religious values. Only to highlight a few: the street hosted the workshop where the Hungarian cards were created in 1836, the Art Nouveau Orthodox synagogue, the Jewish ritual bath, the Museum dedicated to Electrical Engineering etc. Nonetheless, worth mentioning the numerous buildings that are considered architectural monuments and serves as homes for the street’s residents. Kazinczy street was also a witness of the horrors from 1944/45, as was part of the Budapest Jewish Ghetto.

Since 2011, Kazinczy street has earned the title of “The Street of Culture”. The project initially focused on the middle portion of the street, but soon was extended to its entire length from the Rakoczi street to its end where it is crossing the Kiraly street.

The future of Kazinczy should lead towards quality!

For many visitors the street became a synonym of Ruin Bars, the gastronomical revival and the fancy street food renaissance. For residents, however, it is not that easy to deal with the low value party-tourism that is focusing exclusively to the cheep booze. …and this is pretty much the case in the whole inner side of the 7th district.

On October 13th 2019, a new administration was elected at the District, with a strong message of solving all the problems of the neighborhood, while strengthening the great, quality services. We will wait and see and hope for the very best!

Kazinczy is the street where I live, therefore I am qualified to be the very best company to explore it with. Contact me so that I can show you all its landmarks and hidden gems that few knows about! 😉